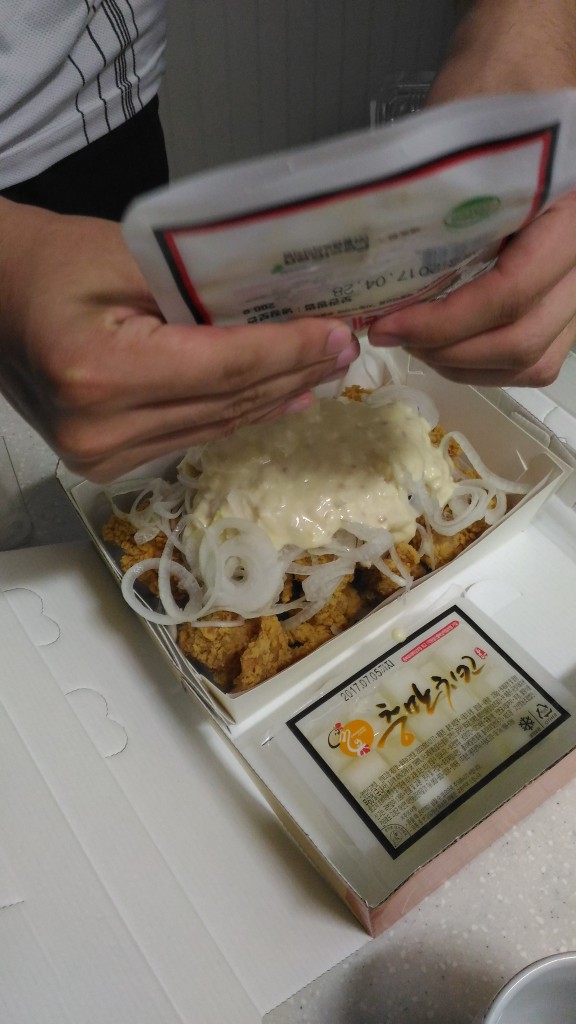 First day in korea I had dinner with Brian, we got snowfall fried chicken.  It was pretty yummy, korea has really nice fried foods and I think I had something fried almost everyday. Pretty awful for my diet I know but I guess Im on vacation so we can let it slide.

The next day I met up with tiffany and Emi, I got lost in the station and Tiffany was pretty mad. Honestly I should have taken the subway to the station instead of the bus. If I had done that I wouldnt have gotten so lost. Well.. mistakes where made, time to live and learn. 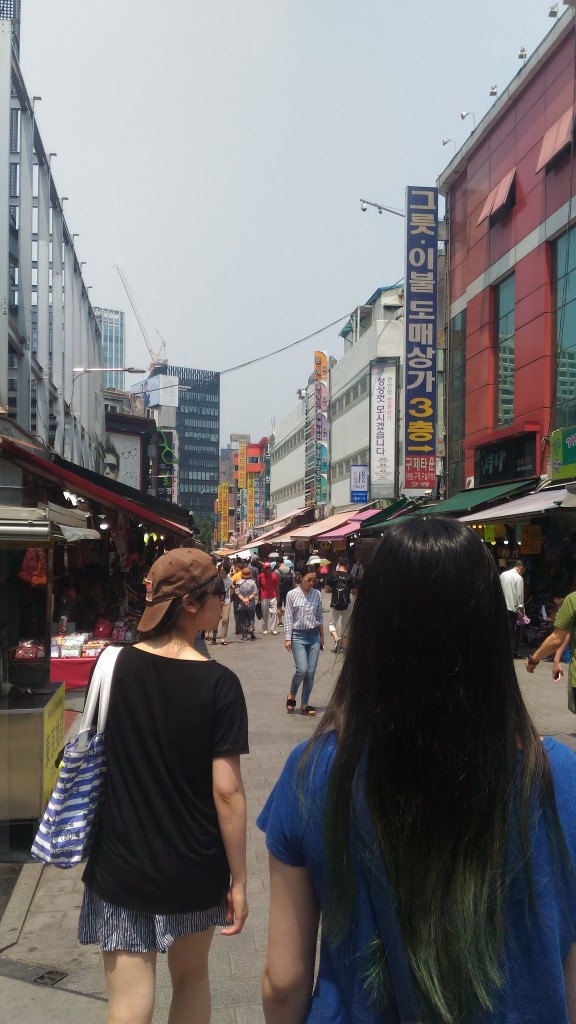 We ended up walking around namdaemun and I bought some tot bags, stickers, stationary, some washi tape and a few ball point pens.

We had some blood sausage for snack. Although it was really hot there, I think we had some fishcakes as well casue that was when emi fell in love with the fishcake broth. 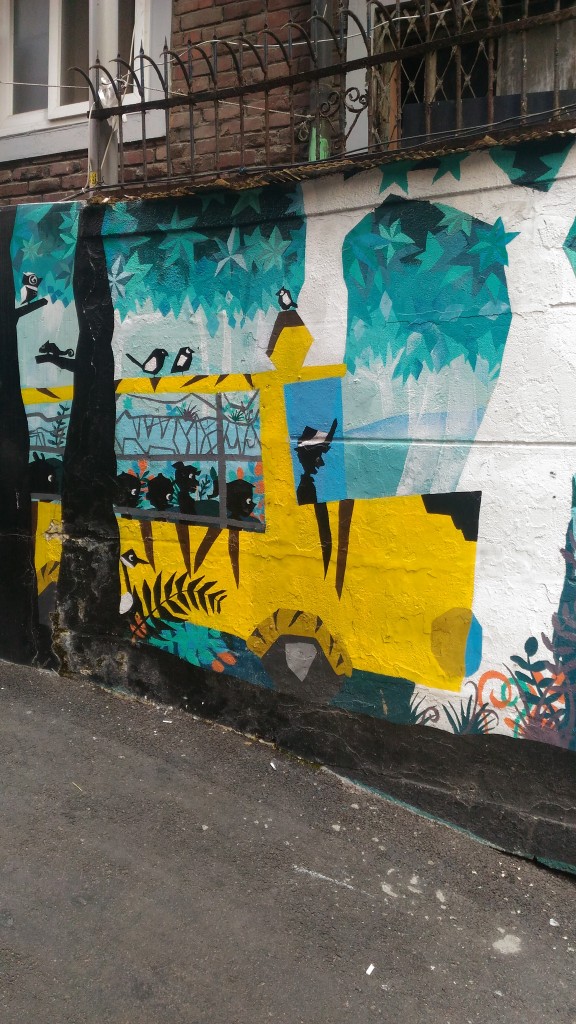 There is a lot of pretty street art in korea. I think emi put some of the photos on her instagram. you guys should check it out if you have the time.

Let me take this this time to talk about my love for blue lemonade I developed in korea. Its so great, I want to make it here. I dont have the syrup tho… I guess superstore would have it. Anyway if we have a tea party I want to serve it.

For dinner that day I think we had cold buckwheat noodles, bibimbop  and  galbitang. I really like the cold noodles and I want to learn how to make it.

Later we went to myeongdong and had some tea at the innisfree cafe. The place is full of plants and on the top floor has a small stream down the middle of it. I heard many good things about it from korean vloggers.

I really love the cafe culture in korea. I wish we had something similar like it in vancouver. I think its cause the apartments are so small you end up entertain your guest at cafes. Although.. I feel the ones I went to.. the drinks were really expensive… like $7. Not worth… if I lived there I dont know what I would get… maybe the iced americano :C

Emi also got a bingsu cake thing. We poured some mango syrup around it and in the middle of it there was mango.

This was the view from the window of the cafe. Our original plan was to eat the street food for dinner, though in the end we had a real dinner and went to the cafe after. I had to come later to try out the street food.

I think I took the bus home as well that day. Gosh I dont like the bus system that much.. I have no idea what stop is mine… I think that was the last time I took the bus. After all that I spent the rest of my time learning to take the subway system. I think by the end of it I can say I have mastered the Korean subway system!

Although to be honest I dont think the subway is hard to take.. there is just a lot of different lines to take. Also looking at the map for the first time can be a little over whelming.